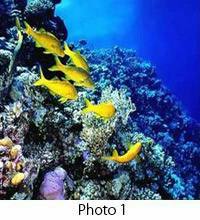 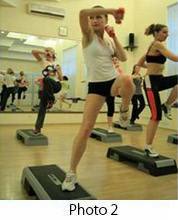 The photo was taken a few years ago at a Christmas fair not so far from my house.

You can see my uncle Dima. He is tall and handsome man. He is wearing a Santa Claus costume. He has a stunning hat on the head, decorated with white arches. His beard is snow-white, big and long. There are a few people in the background.

It’s wintertime. Uncle Dima and aunt Liza put on Santa Claus and Snow Maiden costumes and went to a fair. You can see a bit of Aunt’s Liza dress in the picture. Uncle Dima is holding a stick. He is posing for the picture.

I keep this photo in my album because I like when uncle Dime looks like this. When I was a child he always came to me dressed as Santa Claus and gave me presents. I feel good when I see this picture.

You know, I’ve decided to show this picture to you because once you told me that you wanted to enter a theater school. Uncle Dima graduated from a theater institute so he can give you some good advice.

Now you know how uncle Dima looks. Hope you will enjoy meeting him.