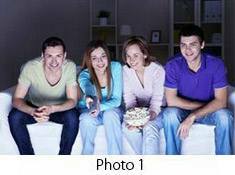 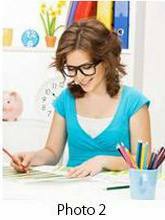 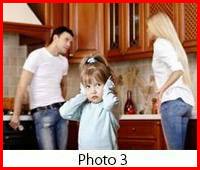 This photo was taken a few years ago at my aunt’s appartment that is not so far from my house.

Aunt Liza and Oleg are quarreling. Liza is saying to Oleg that he doesn’t spend enough time with the family.  In his defense Oleg is saying that he does everything to benefit the family although sometimes it doesn’t look like that. Alisa got tired of this scene and is covering her ears and turning her back to her parents.

I keep this photo in my album because I wanted to show this picture to my aunt and uncle so that they could see how unhappy their daughter is when they argue.

I've decided to show you this picture because once you told me that you have a little 5 year old brother Slava and he would like to make new friends. I think Alisa could be a good friend for him.

Now you know what Alisa looks like. I hope Slava and Alisa will get along well.